Many plants are being compelled to convert existing power plants to closed-circuit cooling water systems or even dry cooling alternatives due to increasing environmental regulations and public pressure, rather than continuing to use once-through river or ocean cooling water. There just isn’t enough water available in dry areas to meet the requirements of both power plants and people.

The astute developer may also choose dry cooling early in a project since it expands plant siting choices and may substantially speed up building permit clearance because water usage concerns are eliminated. Shortening a project timeline by even six months may radically alter the economics of a project and easily offset the higher capital cost of dry cooling solutions. 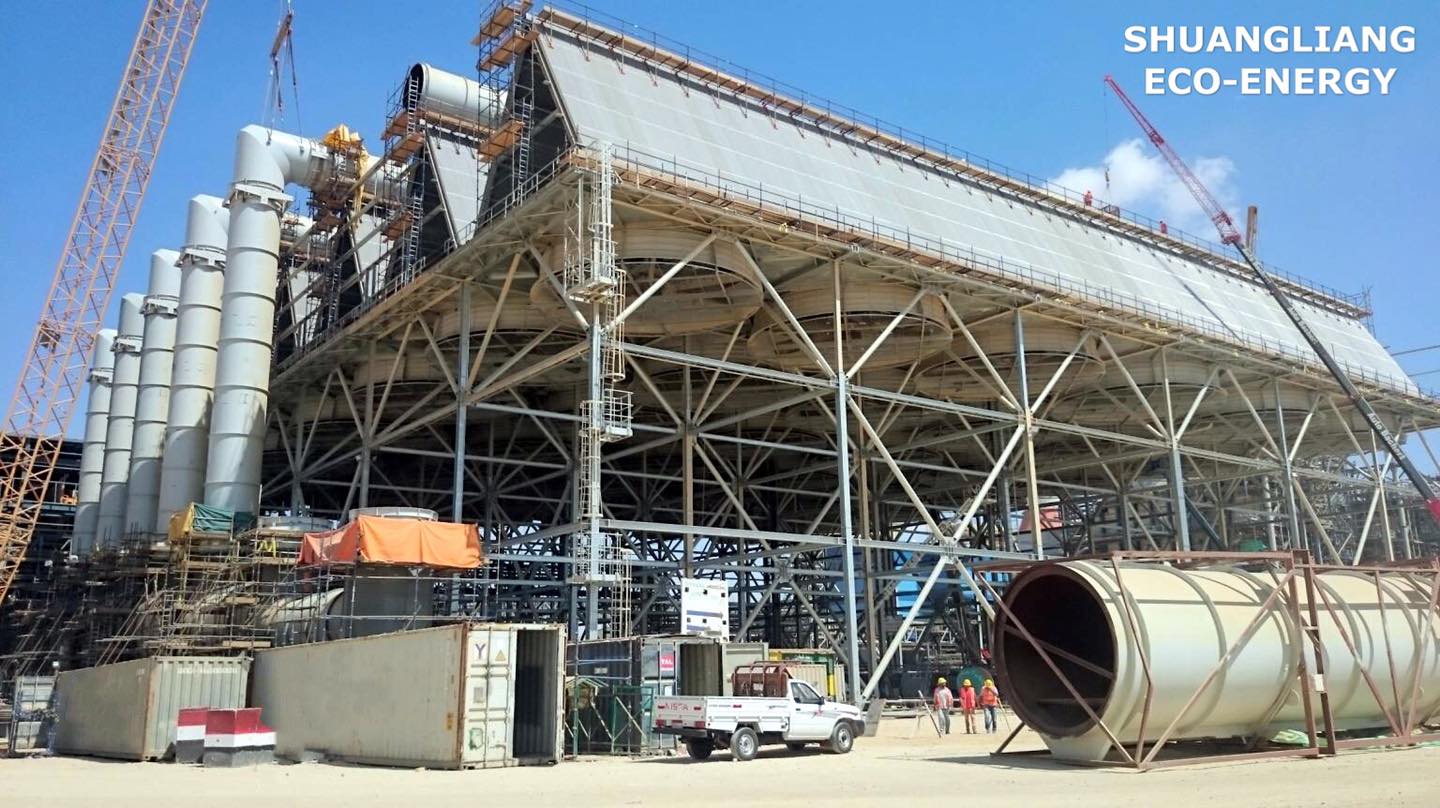 The main component of the ACC is the finned tube heat exchanger, which comes in many varieties:

The basics of air-cooled condenser design 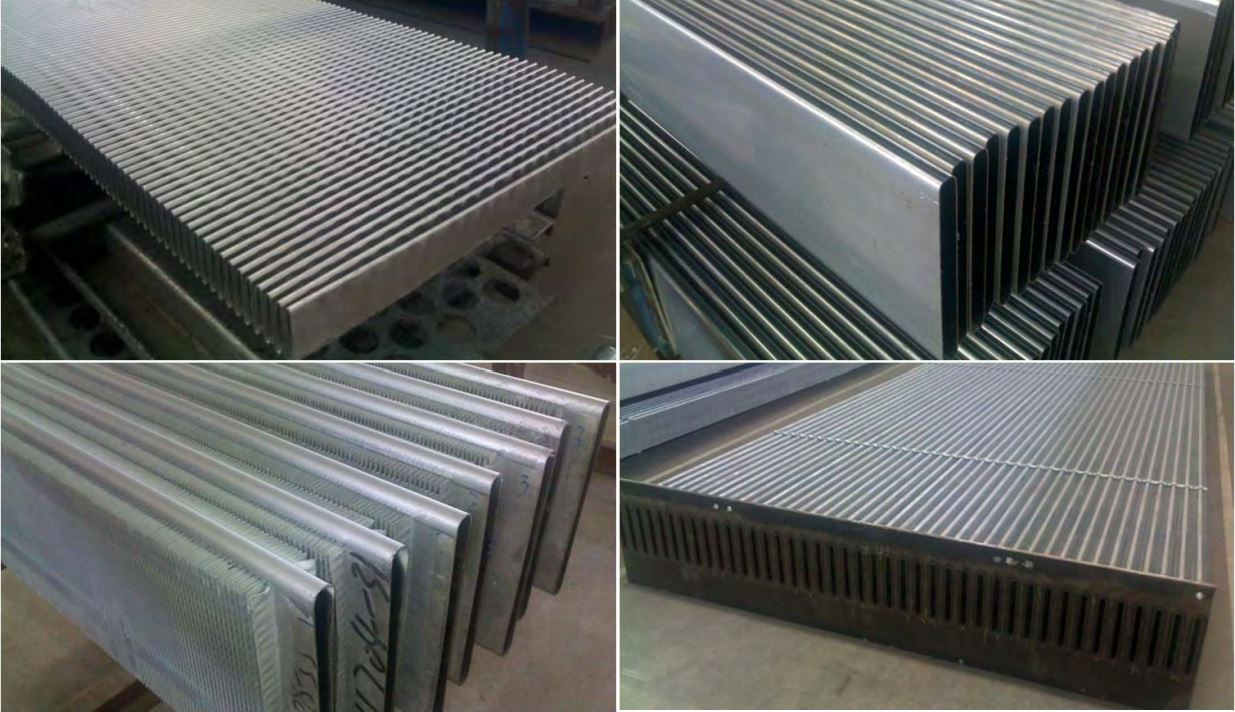 The direct dry cooling option condenses turbine exhaust steam within finned tubes that are externally cooled by ambient air rather than sea or river water, as in once-through water-cooled plants. There are two ways to circulate the ambient air for condensate cooling: utilize fans to move the air or take use of nature’s draft.

The natural draft system employs the well-known hyperbolic tower, which may reach heights of more than 300 feet and is equipped with a series of heat exchangers. The second, more known design option is the air-cooled condenser, which employs motor-driven fans rather than relying on the natural buoyancy of heated air. Due to the enormous scale of hyperbolic towers, natural draft is a specialized application for tiny locations. As a result, about 90% of the world’s dry-cooled power plants utilize an air-cooled condenser with mechanical draft.

The steam released from the turbine exhaust enters a steam distribution manifold situated on top of the ACC construction. The steam is then dispersed through the fin tube heat exchangers, which are placed in an A-shape arrangement in a “roof structure.” Steam condenses within the tubes due to the cooling impact of ambient air pulled across the exterior finned surface of the tubes by the fans. The fans are placed at the bottom of the A-shape structure. Condensate drains from the fin tube heat exchangers into condensate manifolds and then to a condensate tank before being piped to the traditional feed heating plant or the boiler.

An ACC works under vacuum in the same way as a normal surface condenser does. Air and other non- condensable gases enter the steam via a variety of sources, including leakage through the system border and the steam turbine. Non-condensable gases are evacuated in a separate part of the ACC known as the “secondary” section, which is linked to vacuum pumps or air ejectors that exhaust the non-condensable gases to the atmosphere.

The main variation between ACC designs from various manufacturers is in the features of the heat exchanger and its finned tubes. There are two kinds of heat exchangers: single-row and multi-row. There are many arguments for and against each concept’s benefits. In addition, the market offers three tube shapes: round, oval, and flat. The most advanced tubes are round and flat, and they work well in almost all situations.

Suppliers also differ in terms of fin form. In transitory circumstances, certain fin forms are less prone to fouling and mechanically more robust. Fins of the highest grade have a strong connection to the bare tube, ensuring a usable life expectancy similar to power plants.

The material used for the finned tubes is the last crucial design element. Aluminum fins brazed on flat bare tubes covered with aluminum, or oval galvanized finned tube bundles, are widely regarded as the two most dependable power plant technology.

If ACC is chosen, a plant site in China, as well as other places across the globe, does not need to be near a water supply. Instead, transmission lines and either gas distribution lines (for combined-cycle facilities) or rail lines may be optimized (for coal-fired plants). Solid fuel plants in China are often built near coal mines, which explains the country’s current interest in air cooling. Finally, if a lake, river, or coastal plant location is not needed, the cost of property may be lowered.

The market is trending up.

Europe had a relatively limited market for big or medium power plants during the 1960s and 1990s. It instead depended on massive coal-fired power facilities and nuclear reactors. In contrast, because of the scarcity of water, dry-cooling designs have grown in favor in the Middle East, China, South Africa, and the United States (at coal mine locations, in desert environs, or for other similar reasons). After 1990, the global market for dry cooling started to boom, and it has more than doubled in the last 13 years.

Given China’s massive electrical needs, the market for dry-cooling equipment is likely to remain busy in the near future. Reasonable growth is also anticipated in Europe, as several European Union nations rekindle their interest in controlling future water resources. In the foreseeable future, the Middle East (Emirate’s region) and India will undoubtedly become two extremely significant markets. Since the middle of 2005, the market in the United States has grown steadily.